City Awake / Despite the Fallen / Watch the Skies / Acquainted Strangers 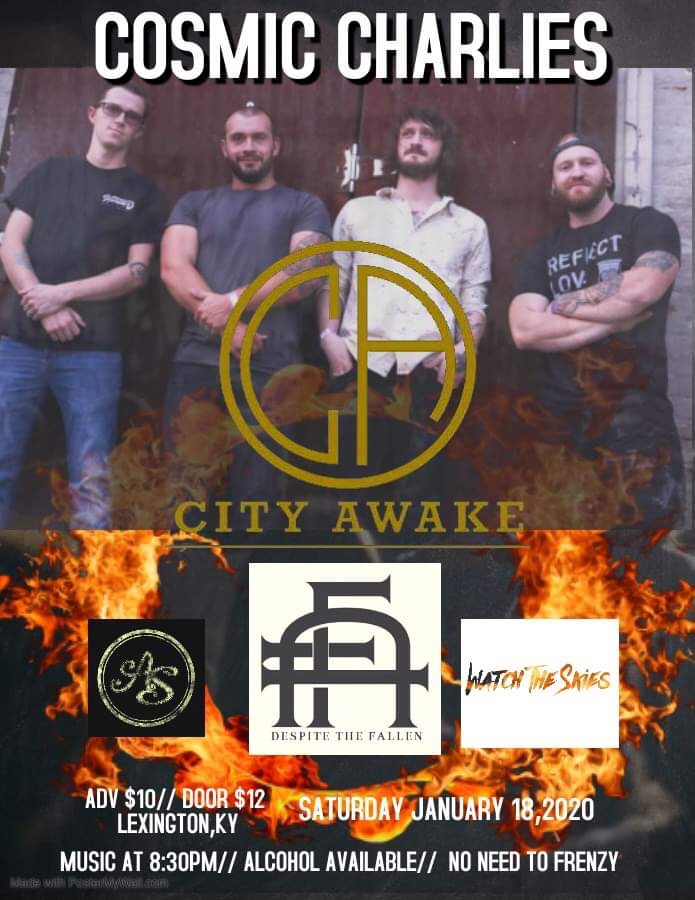 Formed in 2018, CITY AWAKE's musical triumvirate is a blend of hard rock, alternative rock, and blues rock encompassed by a classic rock overlay and modern music principles. Within this rock & roll palette you'll find slick guitar solos, heavy driving rhythms, and mellow atmospherics as City Awake strives to bring the many diverse soundscapes of rock & roll music to the forefront of every listeners' mind.

From Bowling Green, Kentucky, DESPITE THE FALLEN has solidified their presence by sharing the stage with bands like Fuel, Bad Wolves, 10 Years, All That Remains, and many more. Combining aggressive, energetic dynamics with haunting melodies, Despite The Fallen are clearly channeling something intense.

WATCH THE SKIES is a modern hard rock band from Sharpsburg, KY.

ACQUAINTED STRANGERS, hailing from Louisville, is an alternative band.

This event is all ages.

Brought to you by Trash Talk.